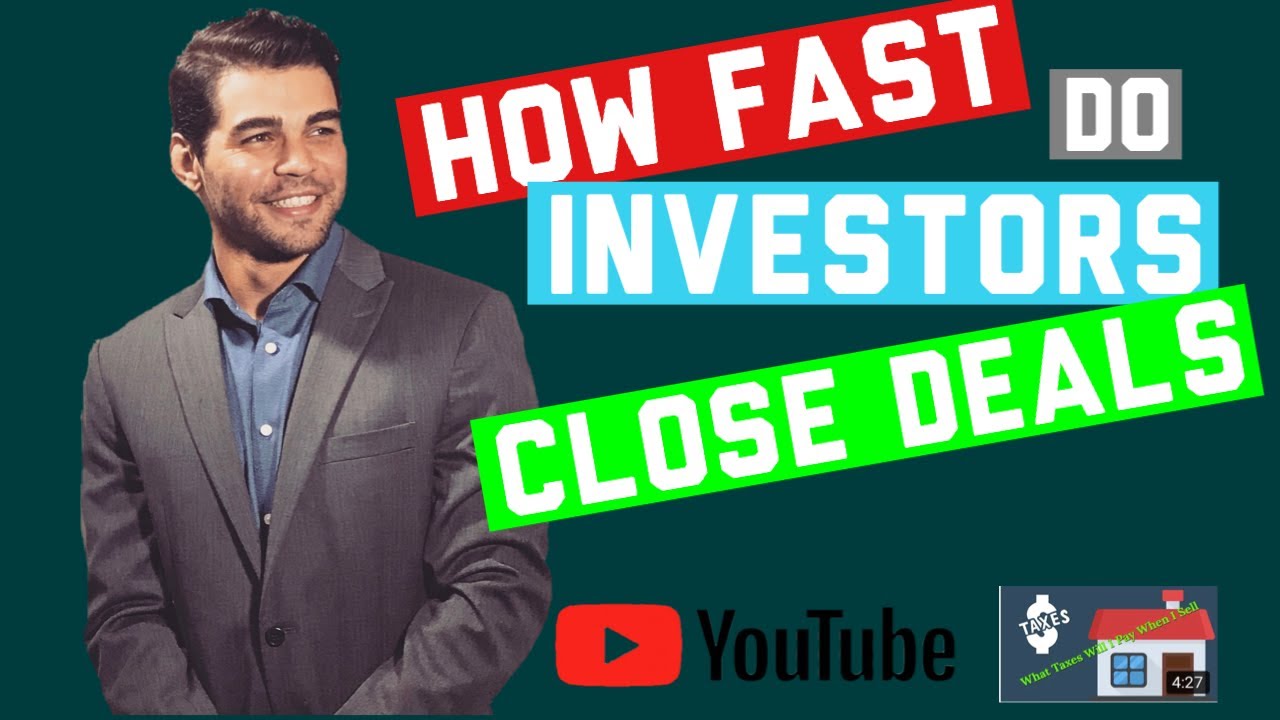 All right. Let’s jump right into it guys. Today we are talking about how quick can you close in real estate? Well, I mean, that’s really an answer that depends on your situation, but you can close in as little as seven days. I’ve seen people close in as quick as three days. You can also, depending on the size of your deal, your closing might not be for six, seven, eight months.

If you’ve had issues with the transaction, if the closing has been pushed back, it’s really, really varies depending on the transaction of the deal that you guys are working. But you can close in as little as three days, you can close seven days. Typically, right now, we’re doing all of our closings within about two weeks.

And all of that closing, what that means, is basically from the time that you open escrow to the time that the house or the property or the investment is now in a different hand. You’ve gotten rid of it as the seller or you’ve purchased it as the buyer. So the day of closing is the day that one party loses it or not loses it, but sells it, and the other party takes possession.

So again, depending on your situation, whether you’re financing or have money in the size of the deal, closing can vary widely. But you can close in as quickly as seven days, 14 days. With some of these smaller deals and houses that we buy, these fix and flips, closing is generally a pretty short timeframe.

So if you guys have any questions, comments, put them in below. Make sure you hit that like and subscribe button. And then I’ll be checking in with you guys shortly.