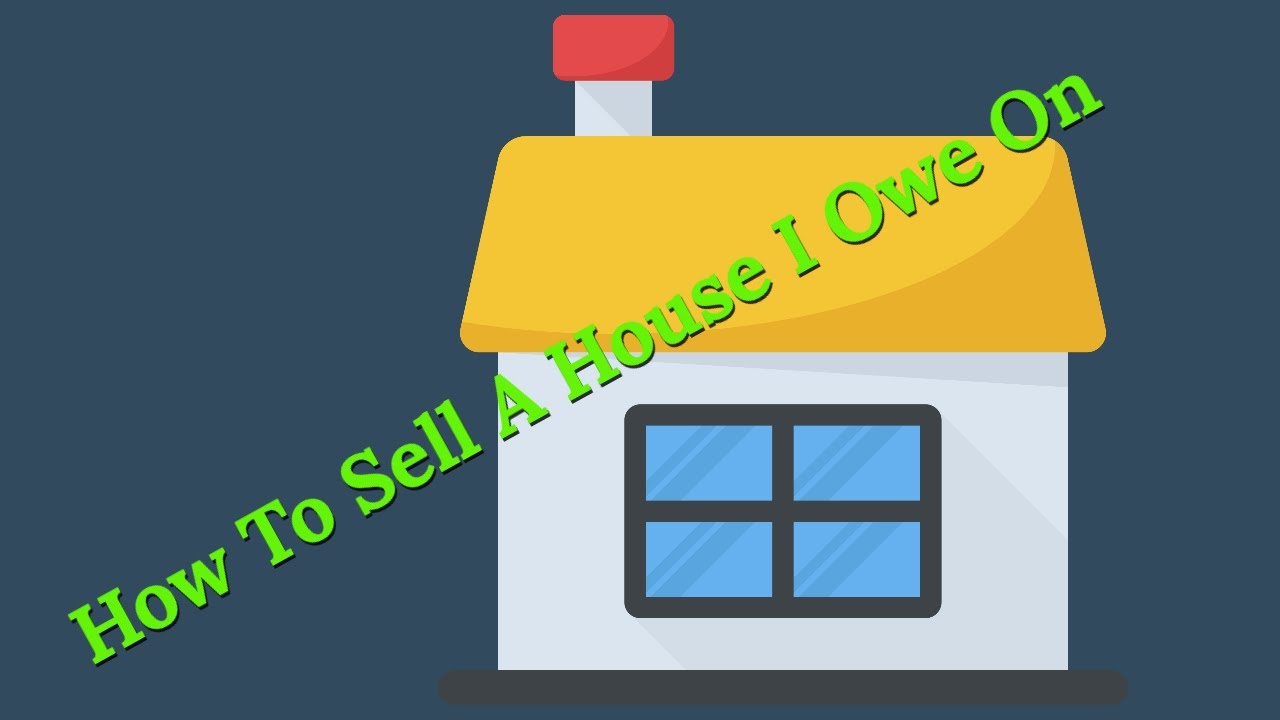 Robert: What’s going on, YouTube people? Robert here with Windmill Valley Properties. And today, we’re talking about selling your house, even though you owe money on it. All right, guys. Let’s jump right into it. So you want to know if you can sell your house, even though you still owe money on it. The answer is yes. Of course. Of course you can sell your house, even if you still owe money on it. So that’s in fact how a lot of people sell a house. They’ll buy a house, move out 10 years later when the family’s grown or the family’s shrunk, or however it may be. You’ve got some raises. You’re looking to move up to a bigger house. You’re typically not going to pay off a house in the timeframe between when you bought it and when you’re looking to next to move.

So when you’re getting ready to move, you’re still going to owe a portion on it. Chances are though, your house is going to be worth more than you owe on it. So you’ll just sell the house. You’ll take that difference between what you owe and what it’s worth. And you’ll move that into the next house. It’s pretty straightforward. It’s pretty easy. That’s pretty much a standard practice, but what about if the house isn’t worth what you owe on it? Again, the answer is still yes. So we saw this a lot in 2008, 2009, all the way up to about 2012. People had to sell houses that they owed more money on than it was worth.

So how does this happen? Well, in 2008, 2009, we had the Great Recession. So real estate prices really suffered back then. Prices were cut in half in a lot of towns and a lot of places across the country. But in a good time like now where real estate prices are rising, the economy is doing okay, people aren’t really going to experience that drastic fall. One way that you might find yourself caught up in owing more on a house and it’s worth is if you do a cash out refinance, or you pull out some of the money that’s in it to do repairs, or invest in a business, or buy a different home or investment property or something like that, where you’ve pulled the money out and now you have a loan up to what you think the house was worth.

Now, say for whatever reason, we do have a little pullback in our economy, in our housing prices, and prices drop a couple of percentage points. Now you’re underwater. Now, you need sell a house that you might owe more on than it’s worth. And that’s where short sales come in. Now, you don’t usually want to let your house… Again, I’m not a CPA. I’m not a tax advisor. I’m not an attorney, but you typically don’t want to let your house go to foreclosure. It’s usually going to be the maximum amount of penalties that you’re going to face in terms of your credit worthiness, in terms of finances that you’re going to owe on it, that kind of stuff. Your liabilities, basically.

So a short sale is an option where if you reach out to your lender and say, “Hey, this is a situation that I’m in. I’d really like to sell it.” You guys might have to take a haircut, but it’s better than what you guys might have to do if you foreclosed on it and they had to deal with the foreclosure and all that stuff. So a lot of lenders, if the situation is right, will say, “Hey, no problem. Get us an offer. We’ll see what it is. If it’s close enough, we might take it. We might allow you to get out of it.” Now, you’re not going to be off the hook for the most part, for that difference. You may have to pay some taxes on it. You may have to pay it in full. Again, talk to a CPA, talk to an attorney, a tax attorney, someone like that.

However that works, I’m no expert. But you can still sell your house. You get an offer on it. You take a little bit of a haircut. You get out from under this problem that’s costing you thousands of dollars every month. And that’s it. You move on. Yes, you’re going to have to face the repercussions. You’re going to have to probably pay some penalties and fees, but it will typically be a lot less than when you’re going to a foreclosure and you’re on the hook for quite a bit more. So that’s just another way for you guys to think about selling your house even if you still owe money on it. There is a great way to do it and there is an okay way to do it. If you guys have any questions, comments, put them below. Smash that like button, smash the subscribe button. And I will check in with you guys later.